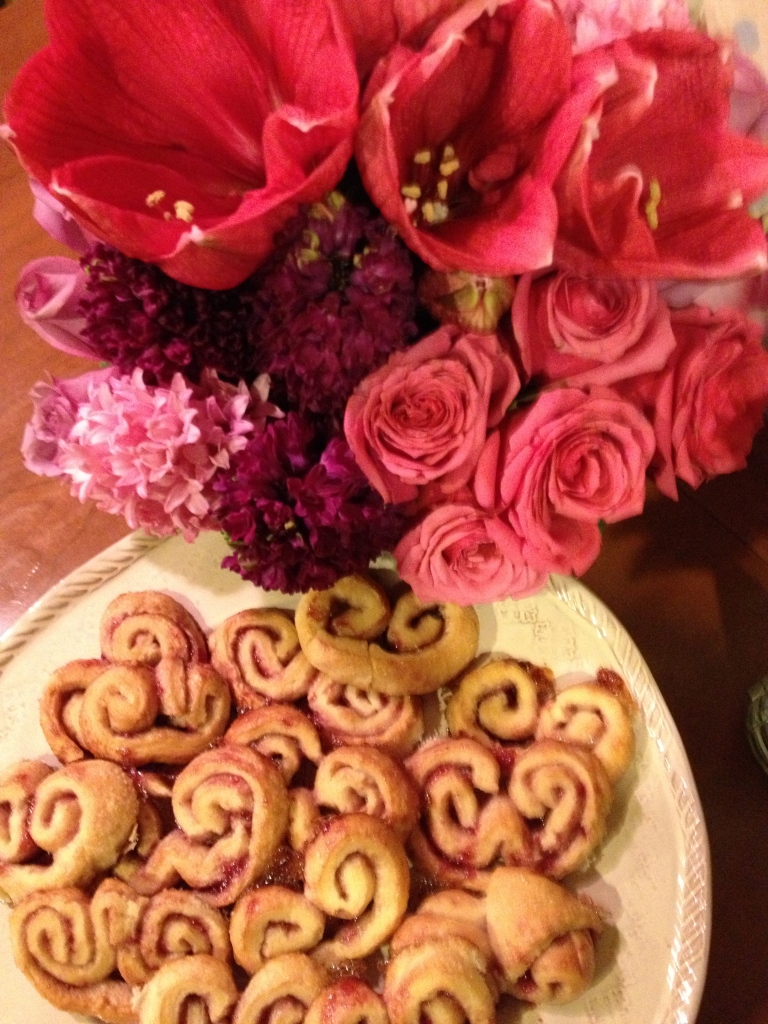 With one more day until Valentine’s Day, I wanted to share this easy recipe — I first had small palmiers in Paris, a “romantic” city, if there ever was one, and I’ve tried to make them myself for ages: this is my favorite method. You’re probably familiar with the bigger version of these cookie – we see them in our local bakeries and they’re often called “elephant ears.”

Less expensive and time consuming than a trip to Paris, you’ll need: 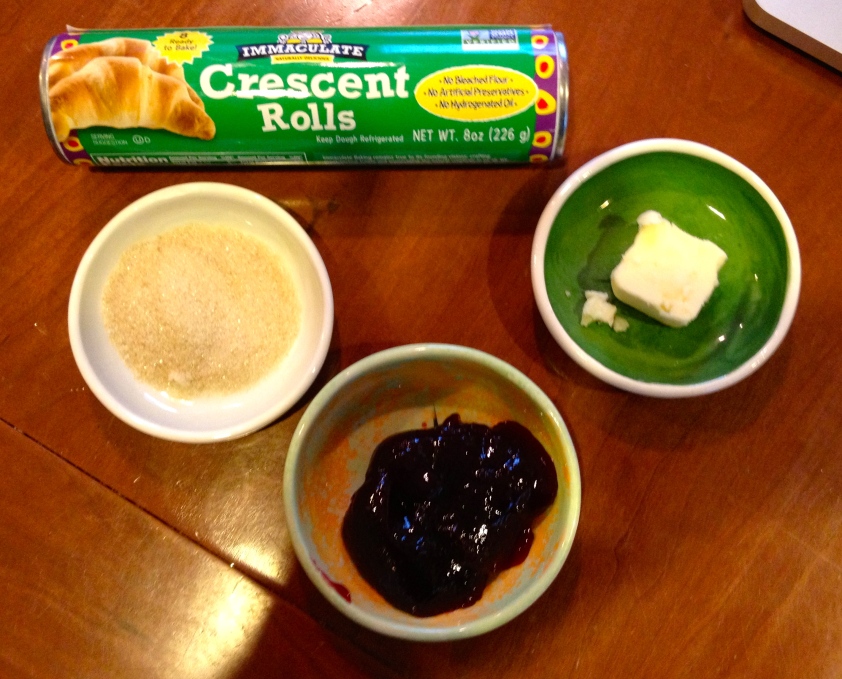 A can of Immaculate’s Crescent Rolls

A Tbsp of butter, melted.

A Few Tbsps of you favorite Raspberry Jam

A Few Tbsp of Grainy Sugar

Preheat the oven to 350 and open the can according to the directions (careful! it’s pressurized).  Roll out the dough, and instead of using the 8 triangles, we’re going to use 4 rectangles (2 triangles together). Take your first rectangle and pinch the perforations together. On a cutting board, sprinkle some sugar and gently press the dough down.  Dab some melted butter and spread about a quarter of the jam on the dough. Sprinkle some sugar. Repeat. Now you have 2 rectangles of sugared, buttered, jammed dough. It may not be pretty, but put one on top of the other. Now do the same thing for the other two rectangles. 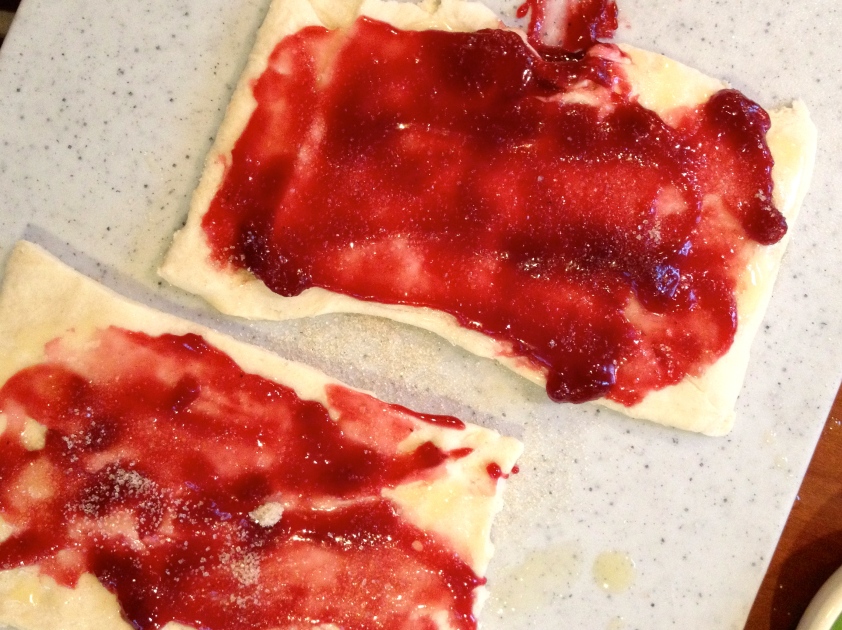 Roll the dough from each short end to the middle. In other words, start rolling each end until they meet in the middle. By this point the dough is probably a bit mushy, so put it in the refrig for about a half hour. When you take it out, it should be firmed up, and you should slice half inch pieces before putting them on the baking sheet. 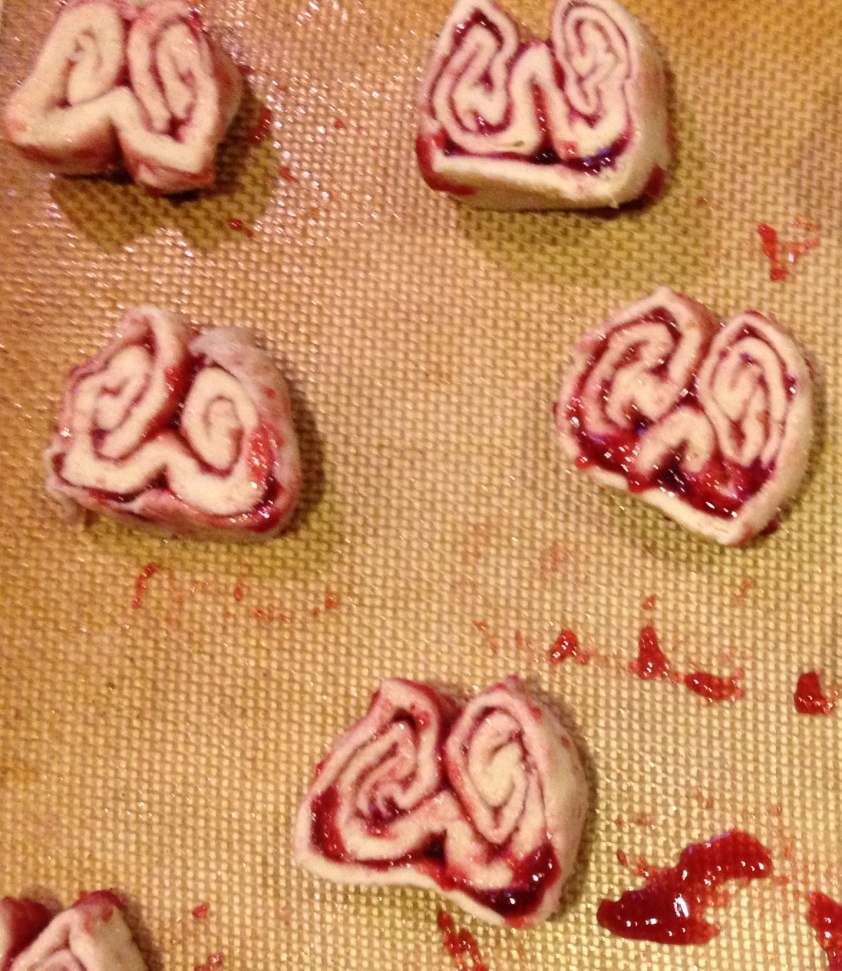 Bake! I keep a good eye on them — I want them light brown on top and carmelized on the bottom. Let them cool a bit and plate ’em! 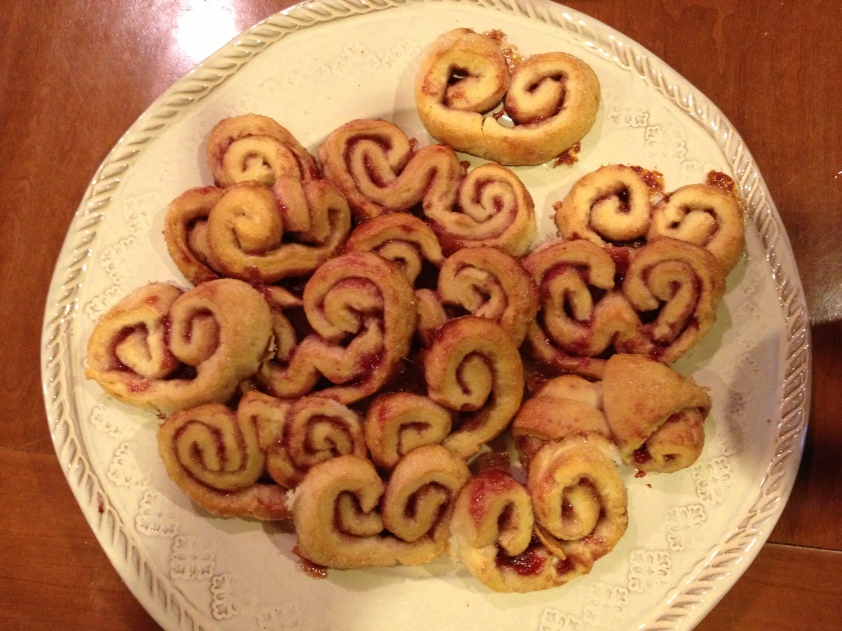